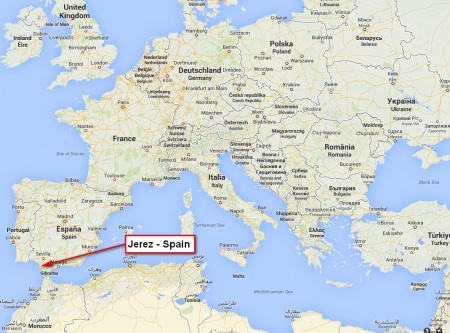 South of Spain – Atlantic side  - the sunny side of the world

To reach directly from a lot of international destinations, direct to Jerez or over Sevilla, Malaga and Gibraltar.
You will get flight in from all over the world.

Jerez -  Town
Jerez is a midsize town with about 170,000 inhabitants.
There are a wide selection of Hotels, Apartments and Restaurants.

Jerez Airport
Jerez Airport is located around 3km to the north of the Town. There is public transport to the airport via both a Bus and Train, however it is easiest if you have you own rental car.
This also gives you a good possibility to enjoy the the beautiful surroundings and to reach the lovely beaches with their golden sand.

Not far to beautiful golden beaches
Just 20 minutes South of Jerez, you will get to the golden beaches of the Costa de la Luz and of Cadiz
Clean blue water, miles of beaches with only few people will give you all you need to relax alongside your Fight Training.

If your Partner or Family is coming with you

There are plenty of houses available close to the Beach and inland. They will enjoy there holidays while you are doing your Training.
Enjoy your stay at one of the most beautiful locations in the world.

Culture
Each of the different cultures that have settled in Jerez over the past few years have greatly influenced its physical appearance as numerous archaeological remains show over the surrounding countryside and within the city itself.

Archaeological remains from when the city was known as Xera to the Phoenicians, Ceret to the Romans and most importantly, Sherish to the Moors, merge with the beauty of the later Christian buildings to offer a wide range of architectural styles and distinctive constructions that combine to give Jerez a truly exclusive urban appearance of great beauty. Few places in Spain are known to enjoy such a vast international prestige. Because of its wine, Jerez or Sherry, the name of the city crossed international borders many years ago and has since become truly universal.

However, Jerez is not only characterised by its wine and unique architecture but offers much more: it is the home of the Carthusian horse and the Fighting Bull, the cradle of flamenco, a city of motor racing and other important events, and the site of a city centre declared as of historical and artistic significance. Nowadays, Jerez is a big city where tradition coexists in perfect harmony with the latest modern features: big shopping centres and avenues come together in a cheerful and busy historical city centre, where shopping and tapas bars go hand in hand.

All these special features, in addition to its extraordinary geographical location and climate, to unique and different tourist attractions and to its modern facilities, transform Jerez as the perfect city to live in and visit. 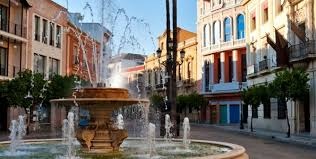 What to visit
Jerez has world-renowned attractions that make our city one of the most complete and appealing destinations in Andalucia; the horses, wine, brandy and Flamenco are typical of Andalucia and Spain, and are differentiating features that fully define and give identity to our city.

Jerez offers numerous possibilities: the incredible equestrian shows at the Escuela Andaluza del Arte Ecuestre (the Andalusian School of Equestrian Art) and the Yeguada Hierro del Bocado (the Hierro del Bocado Stud Farm); a visit to the incomparable Jerez wineries, “cathedrals” in which wine and brandy are born, nurtured and aged in silence; the daily pleasure of enjoying the purest Flamenco, its Old Centre, declared a Conjunto Monumental Histórico-Artístico (official Complex of Historical-Artistic Monuments), in which churches, old public edifices and unique buildings can be discovered amongst orange trees and fountains throughout the squares, streets and nooks and crannies; also numerous are the museums and heritage centres that feature fighting bulls, horses, Flamenco or wine, together with others of great interest in which our tradition and heritage are captured.

Other greatly renowned attractions include the world-famous Circuito de Velocidad (speed track), where numerous competitions in the world of motor racing take place throughout the year, the Zoo botánico de Jerez (Jerez Botanical Zoo) where children and adults can enjoy an exceptional space and one of the most complete zoological collections in Spain, and also the numerous country estates, ravines and natural enclaves, in which to enjoy active tourism and nature. Finally, Jerez's privileged geographical location, between mountains and sea, makes it possible to use the city as a base for making various excursions and visits to different localities of the province by way of a number of established rutas (routes): Ruta de los Pueblos Blancos (the White Village Route), Ruta del Toro (the Bull Route), Ruta Atlántica (the Atlantic Route), etc 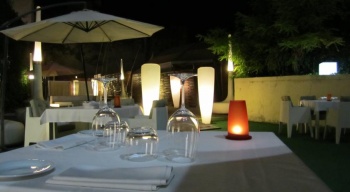 Restaurants
An extraordinary geographical location, sitting between hillside and coast, means that Jerez enjoys the very best of fresh local produce, to which may be added the world famous Sherry, Brandy and Vinegar of Jerez, used as main ingredients in numerous recipes, thus allowing Jerez to provide a surprisingly varied cuisine of the highest quality.

Shellfish and fish from the bay, meat and game, salads and traditional stews, each different dish and tapa acquires its maximum expression when served "al jerez" or "a la jerezana", enhanced with Fino sherry, Amontillado, Oloroso or Pedro Ximénez, Brandy or an exceptional Vinegar of Jerez.
The restaurants to be found in Jerez, highly appreciated having developed in quality over recent years, offer cuisine of the highest level which is deeply rooted in traditional products and culinary formulae, guaranteed by professional chefs of long standing experience.

Flamenco
Jerez is considered the Birthplace of Flamenco. This city has been, since the turn of the last century, the city which has produced the most, and best, singers, dancers and guitarists in the whole history of Flamenco.
The most important churches in Jerez, built after the Christian conquest of the city, have lent their names to its most traditional quarters: Santiago and San Miguel, where the roots of the Bulería are to be found.

Night Live
Jerez has a large number of leisure facilities in which to enjoy a lively nightlife that has something for all tastes. In the centre of the city, in its fashionable areas where all the action is, Jerez offers a multitude of possibilities and options: restaurants, Tapas bars, Flamenco "Tablaos", theatres, bars pubs, clubs with entertainment and nightclubs.  In Jerez you can enjoy a very appealing night out; long and lively.
We are sure that you will not be disappointed. 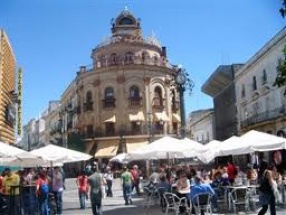 Holiday Paradise - with the best beaches in Europe

La Costa de la Luz is the atlantic part of the southern spanish coast and beaches, in the provinces of Huelva and Cadiz . Located between the famous Costa del SOL on the Mediterranean and the Algarve coast in Portugal, it was also known as the "forgotten coast".

Now it is a growing destination for people that not only want to enjoy sun and beach but have a taste of unspoiled nature and culture too. Most of its beaches are still rather natural, reasonably uncorrupted, not extremely massified and with hardly any concrete skylines that damage the beautiful natural environments and the views.

Beach is nature! On the Costa de la Luz you are reminded that beaches are actually a part of nature and not some kind of extension of an urban agglomeration. And you can still taste the authentic Andalusian atmosphere in its many small and picturesque towns. 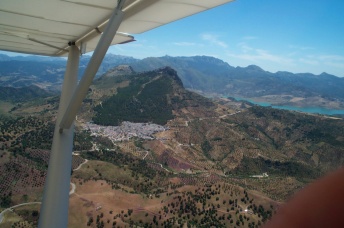 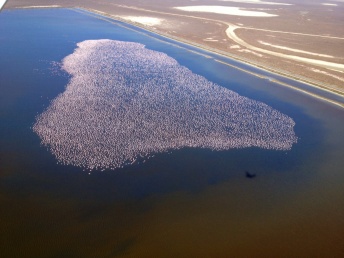 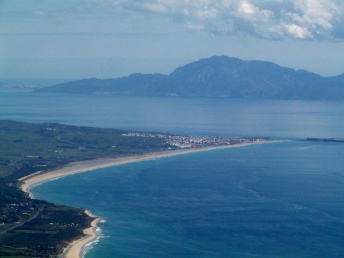 Towns on the Costa de la Luz in the province of Cadiz North-west to south east:

Sanlucar de Barrameda Sanlucar de Barrameda has 7 km of beaches of exceptional quality surrounded by pine forests, marshes and fertile countryside. Furthermore its a place overflowing with history and tradition, like the production of its exclusive Manzanilla variety of the world famous Sherry wines, or the horse races on the beach. Its location at the estuary of the Guadalquivir river and the only port of access to the National Park of Doñana makes Sanlucar one of the most privileged places on the Costa de la Luz.

Chipiona Chipiona's
The lighthouse on the Punta del Perro is the highest in Spain and third highest worldwide. It welcomes visitors and offers a relief to mariners. The name Chipiona comes in fact from the lighthouse, as the Romans gave the name “Turris Caepionis” to its first basic construction. The cute small town, which was a rural and seafaring spa in the 19th century, is one of the most popular resorts on the Costa de la Luz for today’s visitors offering some 12 km of splendid beaches.

El Puerto de Santa María
El Puerto on the Costa de la Luz is located on a section of the Atlantic coast where the pinewoods, growing among marshes, reach right down to the sand of the beach. It's an ideal destination to enjoy the sun, the sea, outdoor sports and good food.

Cadiz city
The beach of Cádiz is very large, nice and well kept. It offers the possibility to choose between the more popular part next to the city itself or the more quiet part just outside the boundaries of the city limits.

Conil de la Frontera
In Conil you can find 14 km of very varied beaches: from long sandy spots to lonely coves very appropriate for the nudism. Fine and golden sand and transparent and crystalline water. Ideal for the practice of nautical sports.

Caños de Meca,
Zahora and El Palmar beaches. The beaches of los Caños de Meca are an example of the natural and savage beauty of Cadiz. Kilometres of beach where you can enjoy a great tranquillity only altered by the wind of the zone, ideal to practice the Wind-Surf and Surf. 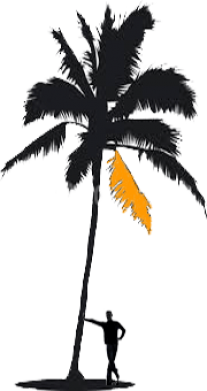 FIS-Goup
Why to TRAIN with FIS
Where we are, Spain-Jerez
Jerez AP and FIS-Office
Team
Fleet

We are certified by: 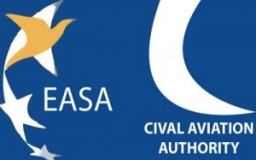 We are certified by EASA directly and you can conduct all you Flight-Training with us, from every EASA country.

you can conduct all Skill Test  and LPC with us,  as a holder of a any licence/Rating from every EASA country